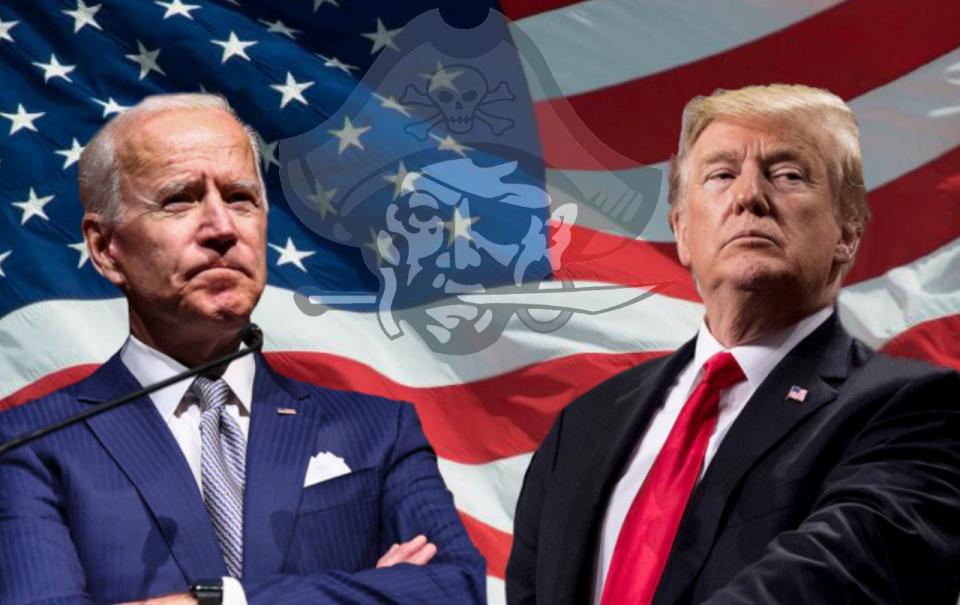 With the 2020 presidential election just a week away, the American people will choose between President Donald Trump and former Vice President Joe Biden to occupy the Oval Office for the next four years.

Political blood pressures have been running high throughout the year, all culminating in next week’s election night. Students at Jesuit High School Sacramento weigh in on the political complex, providing insights on this moment’s importance and the candidate they believe in.

“It is easy to say that this upcoming election is one of the most polarized and divisive elections in recent history,” said Allen Tovmasyan ’23 on what the election will entail. “Our two candidates lead a base of diametrically opposed voters. This is because if they would try to rationalize with the other side, they will see it as a path that they don’t want America to follow.”

2020 has been a boiling point on multiple fronts, not all pertaining to America’s top office. The national confrontation with racism and police brutality; the health care system and economy amid the coronavirus; the legitimacy of appointing Supreme Court Justices so close to an election; among several other topics that have all added to a divisive America.

Alonso Lee ’22 provides his take on what the greatest impacts on the upcoming elections will be, grounding his beliefs on current hot topic issues.

“The upcoming 2020 election is most likely one of the most consequential elections of the 21st century,” Alonso said. “It will essentially dictate the next decades of politics and our social climates. I believe the Domestic socio-economics are going to the driving force for both Presidential, Senate, and House elections. Such as the future of Health care, tax reform, police reform, housing reform, and COVID-19 engagement.”

Timmy Canalas ’21 has a different perspective on how recent events will affect how people will vote.

“I do not think that anything will have an impact on the election, as everyone, especially nowadays, has their own opinion that won’t be changed by anything or anyone,” Timmy said.  “Nothing will change people’s vote.”

Before the election, students share the reasoning behind who’s got or would get their vote.

“If I were to vote, I would vote for Donald Trump,” Timmy said. “The main reason that I would vote for him is because I am a Republican and don’t want [Joe] Biden to mess with firearm laws. I am happy with Trump’s Presidency from 2016-2020, so I don’t see anything wrong with a second term.”

“Speaking for myself, I believe Joe Biden and Kamala Harris are the best presidential candidates for the 2020 election,” Alonso said. “Biden and Harris are the uniting voices in America and have pushed for more voting, which in turn I believe will create better satisfaction with lawmakers.”

While Allen leaves his vote undisclosed, he does provide his thoughts on the presidency.

“All I can say is that I am a patriot and whoever America chooses I will have to support them and give them a chance at running the country,” Allen said. “However, if our President does something inherently vile and un-American such as cheating the system to get political gain or being directly involved in a plan to disrupt the mostly successful ‘American Experiment,’ I will be unsatisfied. As long as our President protects our inalienable rights granted to us by the Constitution and follows the rules set by it, I will be content.”

Tommy Contreras ’22 states who he would vote for, explaining what resonates with him about his choice.

“I would vote for Biden,” Tommy said. “In a time when our country is more divided than ever, I  believe it is imperative that we elect a president that will unify our country.”

Hunter Cameron ’21, who is of age to vote, describes why he believes in his presidential pick.

“[I] will be voting for Donald Trump. I personally agree with his viewpoints and outlooks on how our country should be run,” Hunter said, “I’m voting for Trump because I believe he is [the] best fit to handle our economy. I love the ‘businessman’ approach he brings to the table. [There’s been] record low unemployment, opportunity zones, [and] massive tax cuts [under his administration.]”

“Everybody has the freedom to vote and support whoever they want, and that’s one of the reasons why our country is undoubtedly the best,” Hunter added. “Nobody should judge somebody else on their beliefs and values.”

While students disagree with who should be America’s next president, there is a common consensus that the result of this election will shape the U.S. political landscape for the subsequent decades. The election is in one week on Tuesday, Nov. 3, who will win?